Kate is a high spirited athlete who is an excellent gymnast. Her dedication and the hard work she puts into weightlifting everyday peaked our interest and we look forward to work with her. She is a multiple American Record holder! 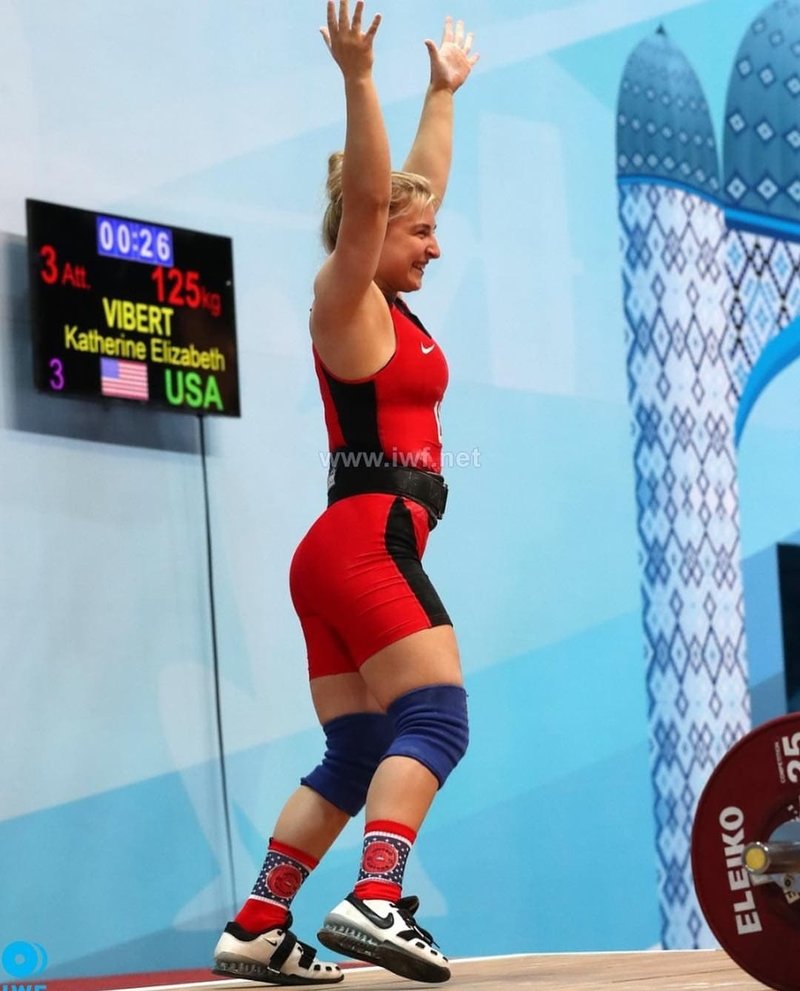 Jes has been a part of United Lifters since 2016. Jes has an incredible eye for fashion trends. To cap it off, her amazing personality enables her to get along with everyone and it makes her irreplaceable. 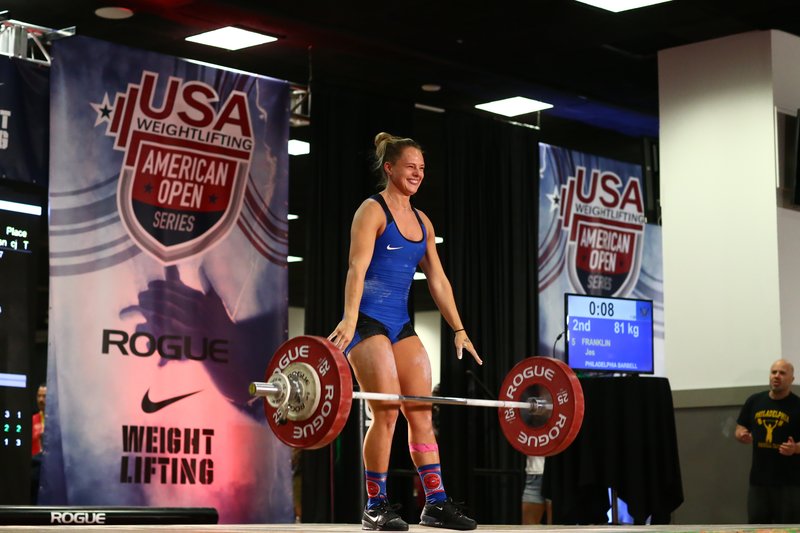 Robyn Feder has been a part of United Lifters since 2016. During the 2nd quarter athlete pick, all the admins wanted her as their very own! She has come out with her own design of Donut shirts. She is a dedicated PTA at Level 1 Trauma Hospital and always looks to improving herself. 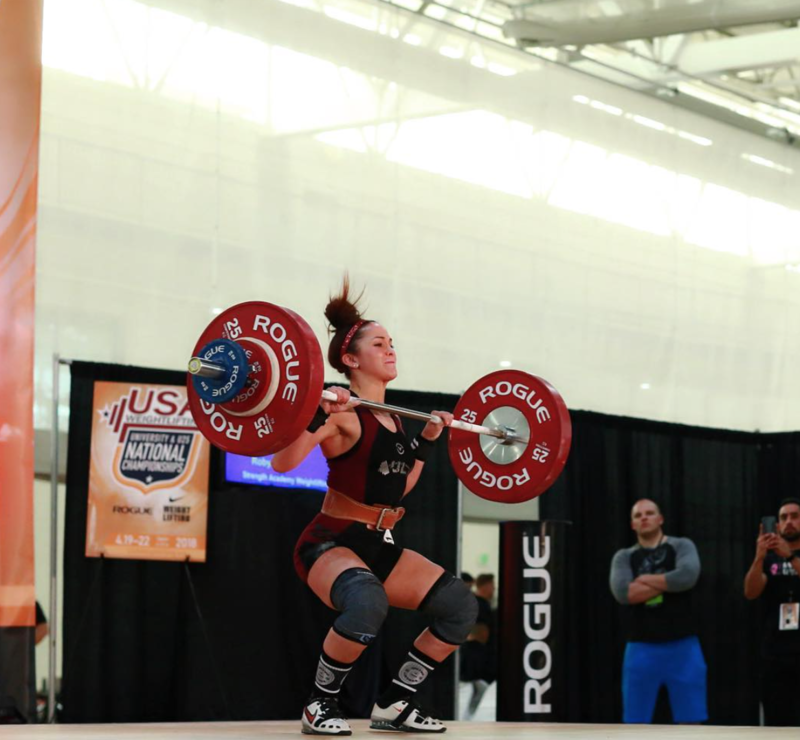 Sarah reached out to us in 2016 to become our fam. The marketing guy has always been a big fan of Sarah so we were ecstatic! She is a student at Rollins studying Environmental Studies. She is a full-time badass and her Jerk is goals. She is the ray of sunshine that always lifts up our spirits. 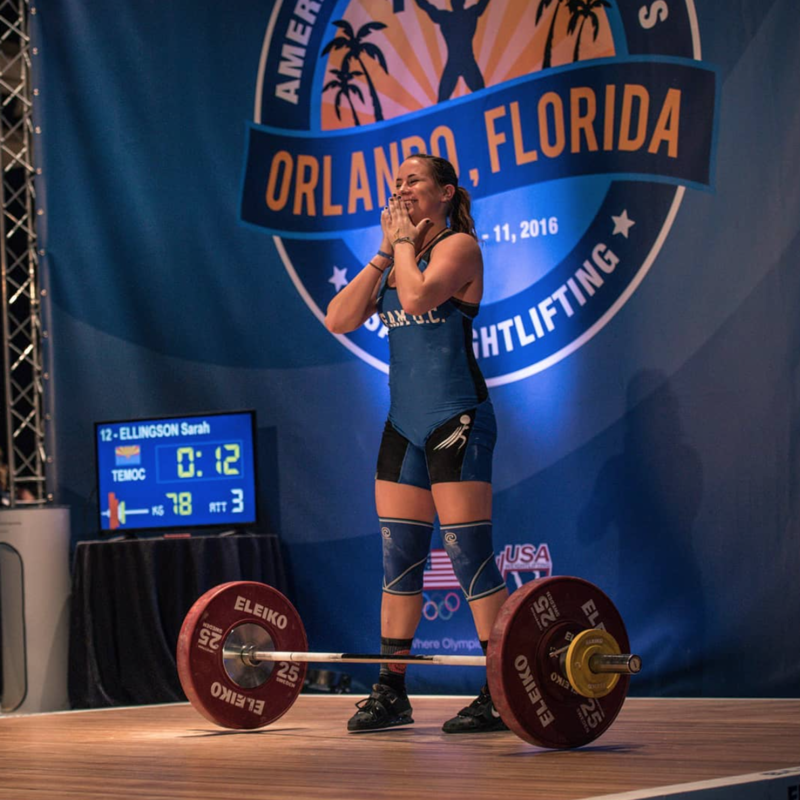 Samantha58k has been a fam to our company for a long time. She helped us out numerous times on the side and officially became our ULFam in 2016. She is known to be super hyper and energetic!! 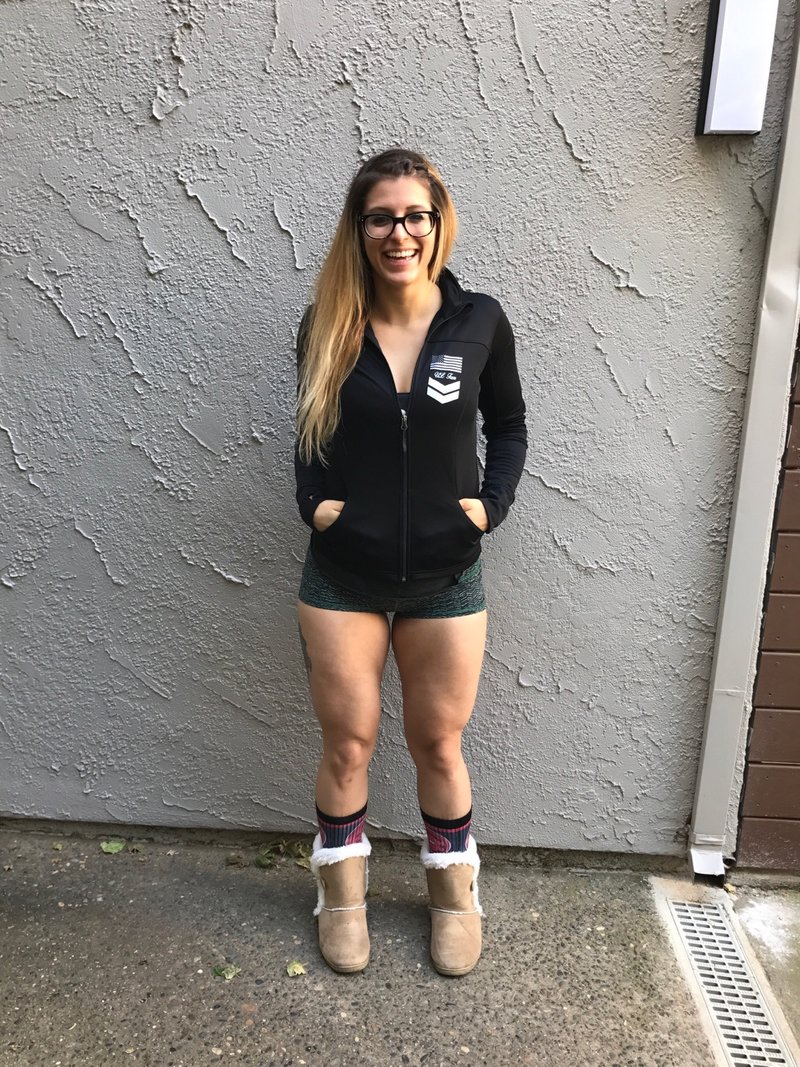 Gabby is an American Record holder for Squat & Deadlift. She is also a State Record holder for bench. Her determination in the sport and the dedication to training is superb. On July 8th 2017, she successfully broke the world record for squats!!! 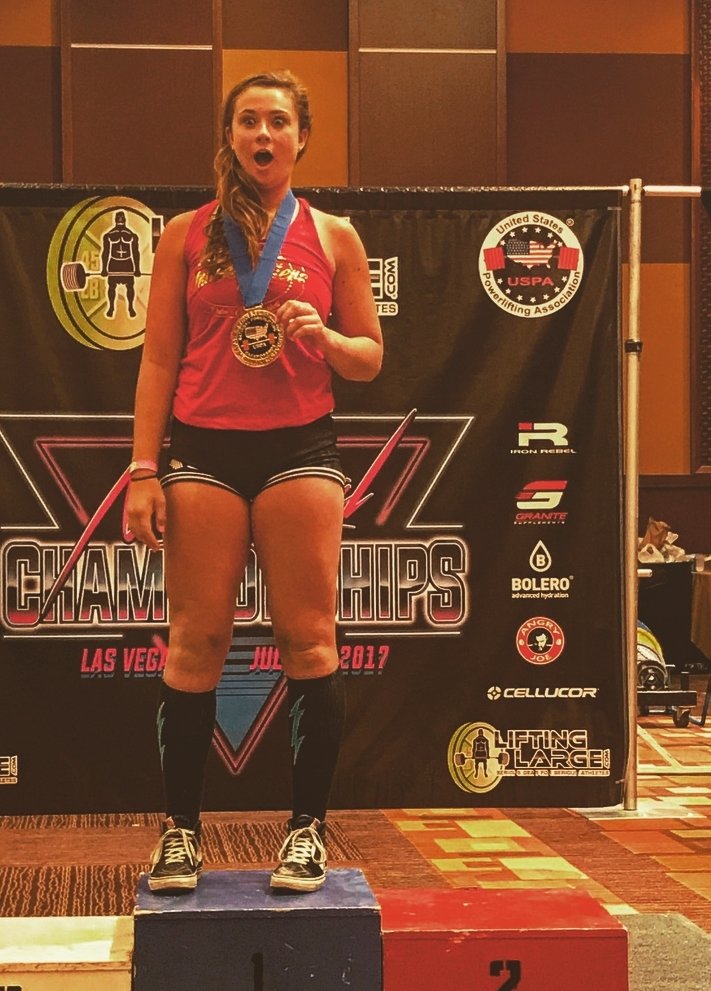 Nicole loves memes and she competes in CrossFit. She likes to travel and she visits all the local boxes and makes dank YouTube videos. It is our privilege to work with Nicole! 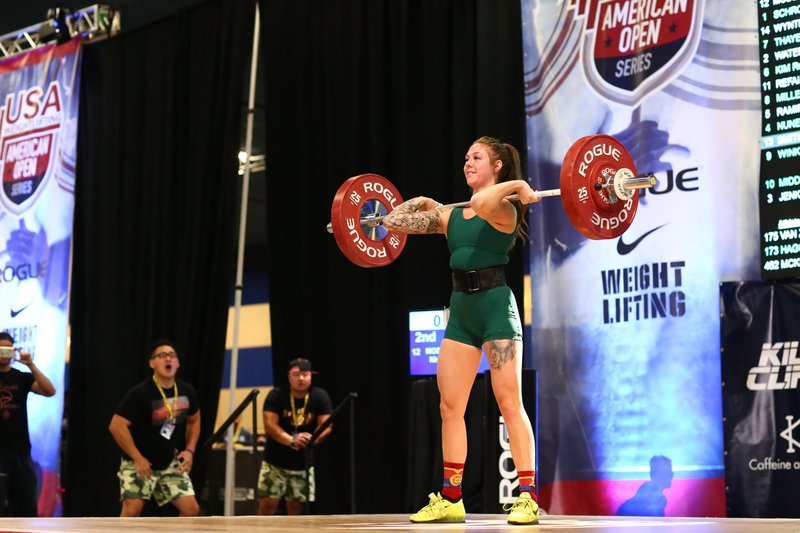 Jordan was picked by our CFO immediately after watching his performance at American Open 2016. He is a 69kg weightlifter who can snatch double bodyweight and clean and jerk  almost 2.5 his bodyweight!!! Since officially joining our fam, he has shown nothing but love and loyalty to us!!! He will soon break the American Record. You heard it here first! 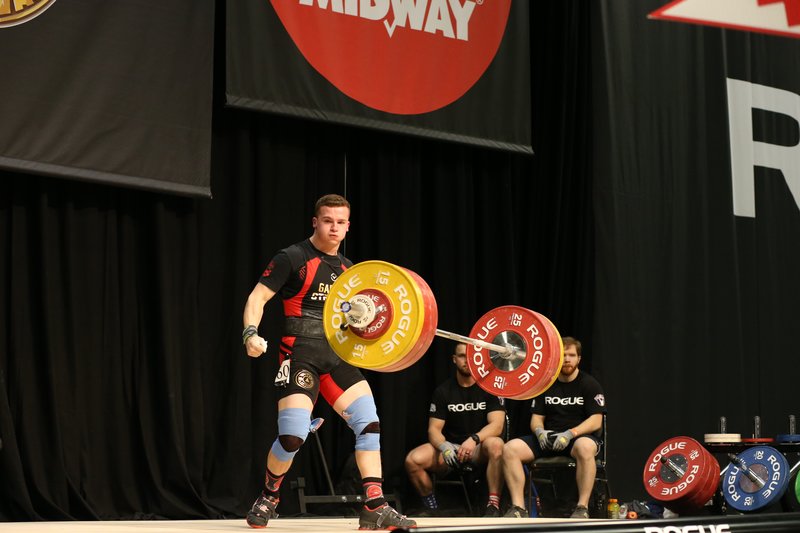 Stef was the first person to ever spot CFO and CMO at American Open 2015. We had less than 3,000 followers then so we have no idea how she actually spotted us!! She stayed loyal to us and helped us out tremendously. We truly appreciate her and her efforts towards making us better every day. 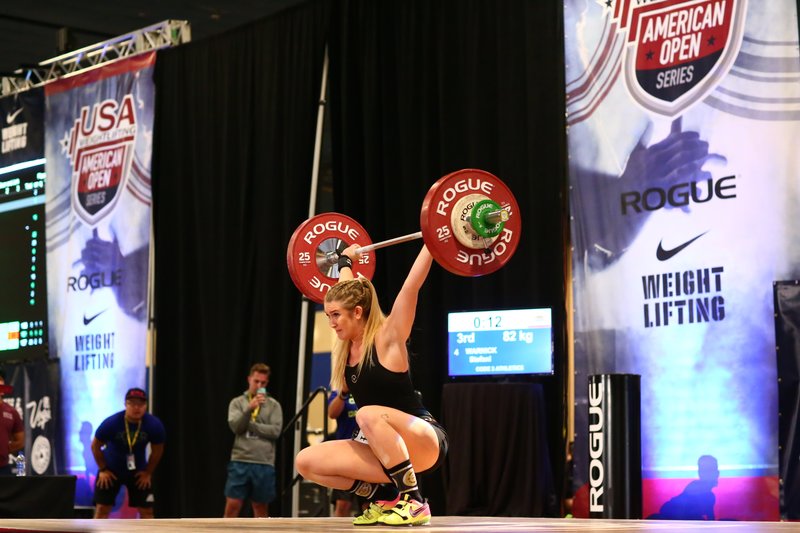 Jilly is one of the best weightlifter / entrepreneur that we have ever seen. We have been a long time fan of Jilly since 2015 AO. Her signature finishing pose caught our attention and we immediately started following her. In 2016 University Nationals, we ran into her again and she has officially been our fam! She lifts for JTS in California and is the co-owner of TSS Barbell. She has been a great help to United Lifters in both in and out of social media. 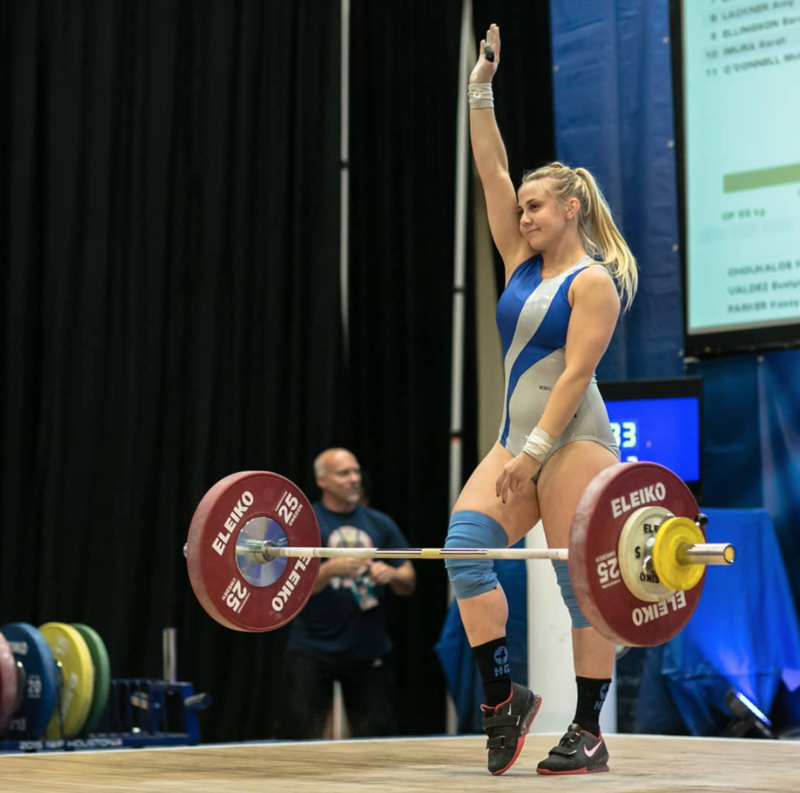 Ms. Nairobi is a CrossFit Games athlete & a National level athlete also. She is a passionate and a genuine person who is a proud vegan. She works out just as hard as she eats and is a true prodigy to all sports! She will be heading to the CrossFit Regionals in Del Mar in 2017! 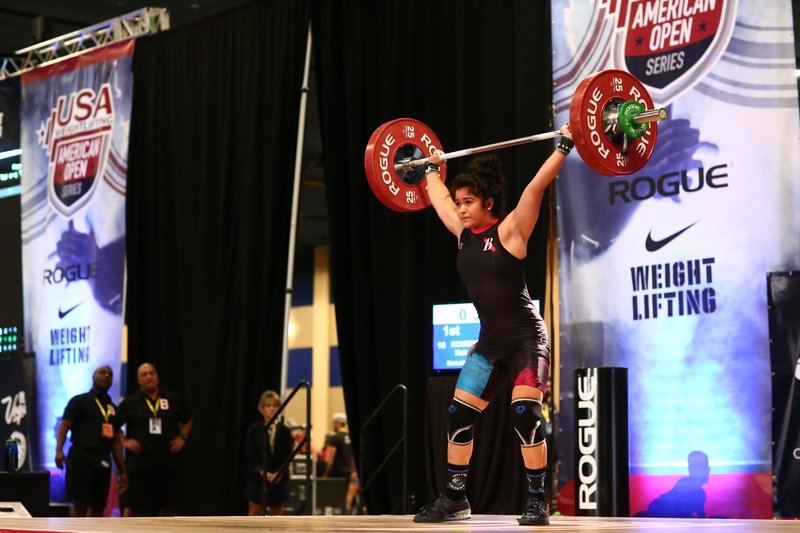 Chelsea was our newest athlete in 2016. As a graphics designer / business owner herself, she gave us so much valuable insight on how we can become better. She is an enthusiastic and a very caring person whom we love very much. Chelsea is also known for cutting every single clothing into a crop top and sometimes wearing them backwards! 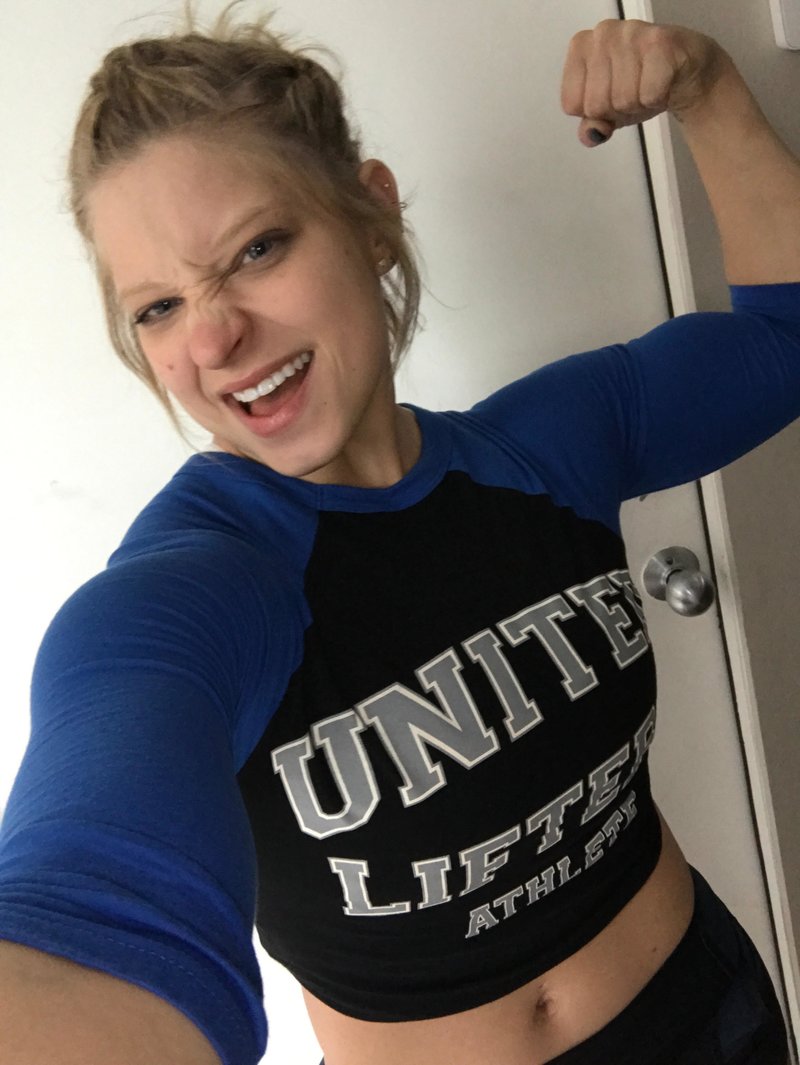 Connor has been our UL Nugget since the beginning when we were just a school project. He has helped us tremendously with his positive attitude and passion towards all that he does. 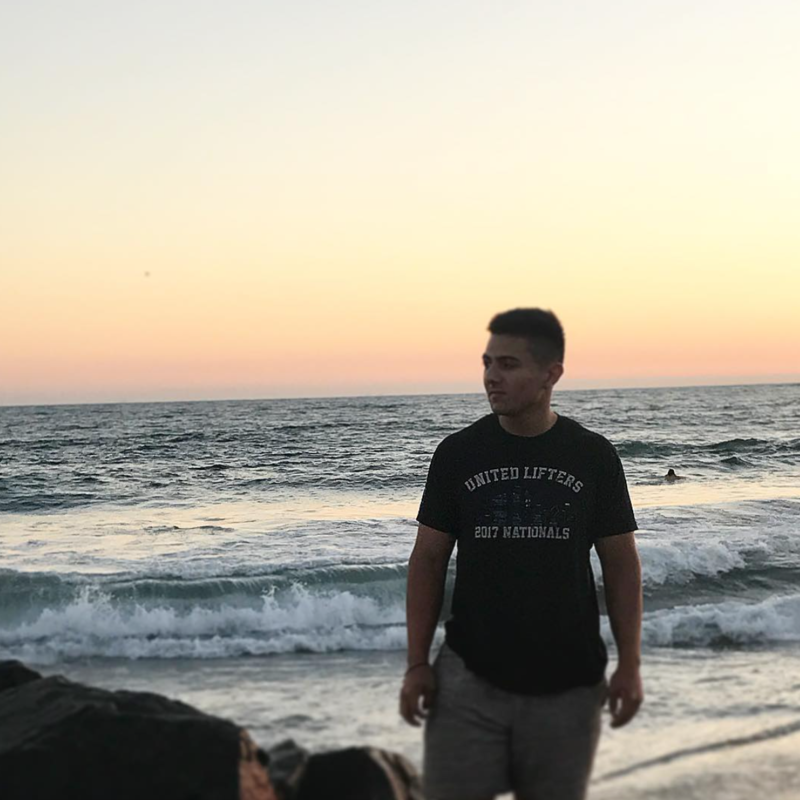 Troy has been with United Lifters since 2015 as the final OG13 left. He is a 77kg weightlifter who is ridiculously strong! We have had the pleasure of working besides him at Nationals 2016. 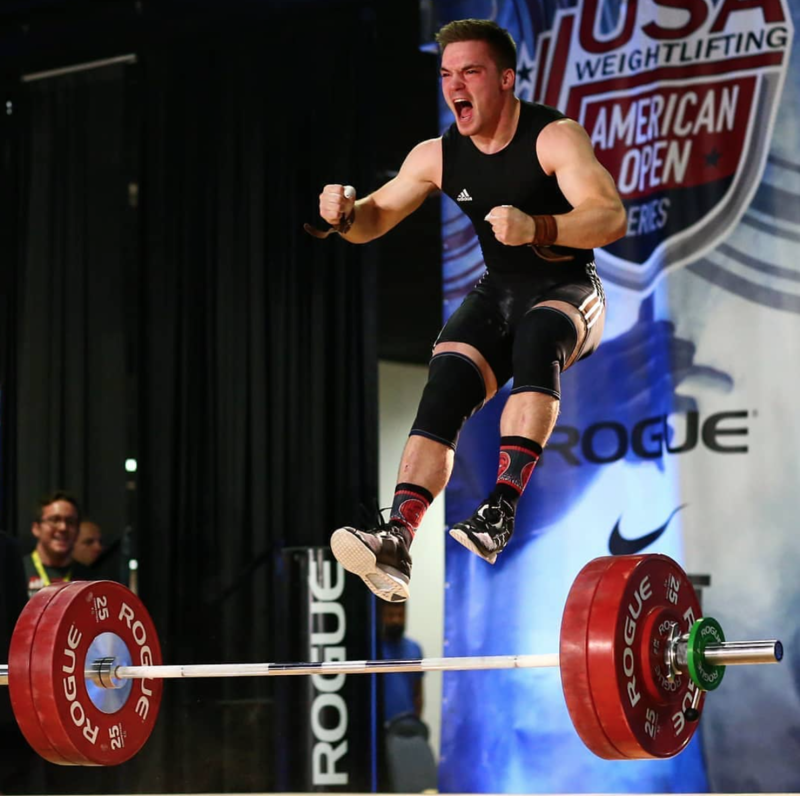 Britt is our newest athlete of 2017! She is a Air Force Veteran / Nurse / and the owner of Four Horsemen SC. We finally met her at AO1 Reno and fell in love with her spirit. 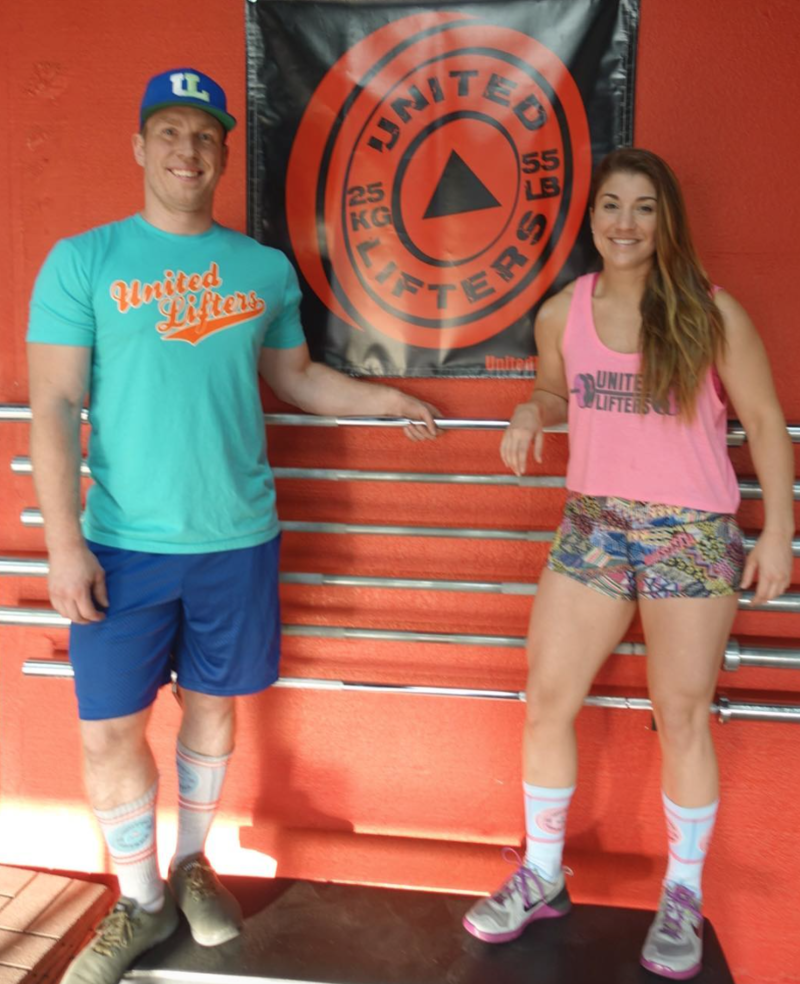 We started working with Nick ever since American Open 2016. Nick is an amazing athlete who love clean and jerk and dominates the field. He has also scouted and helped us diligently with event coordination. 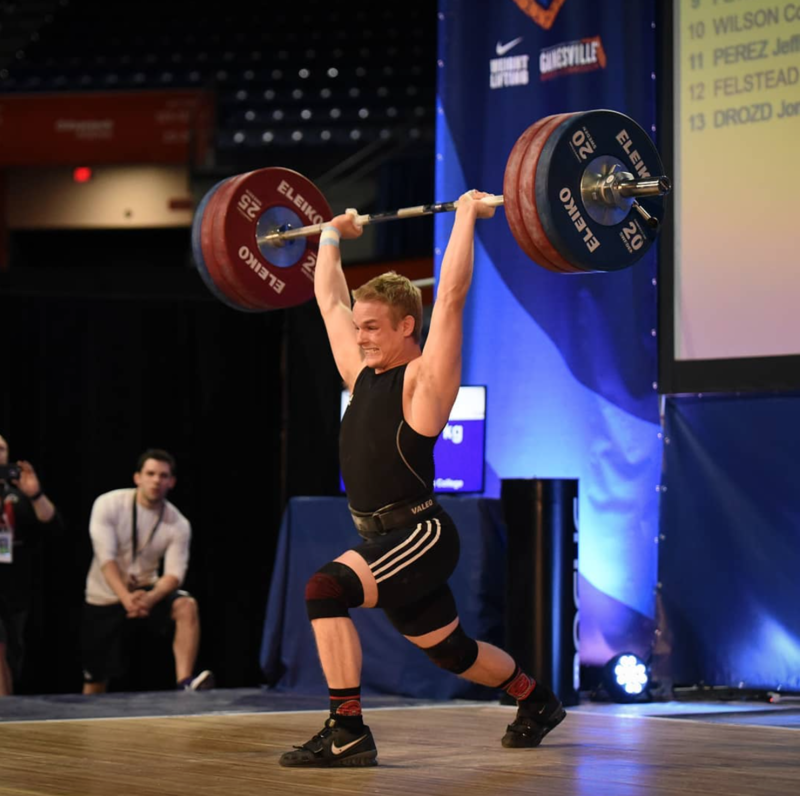 We met Jen officially in 2016 Nationals Chicago. We automatically knew that she was going to medal and she sure did! We are very honored to be able to work with such a passionate / hard working individual 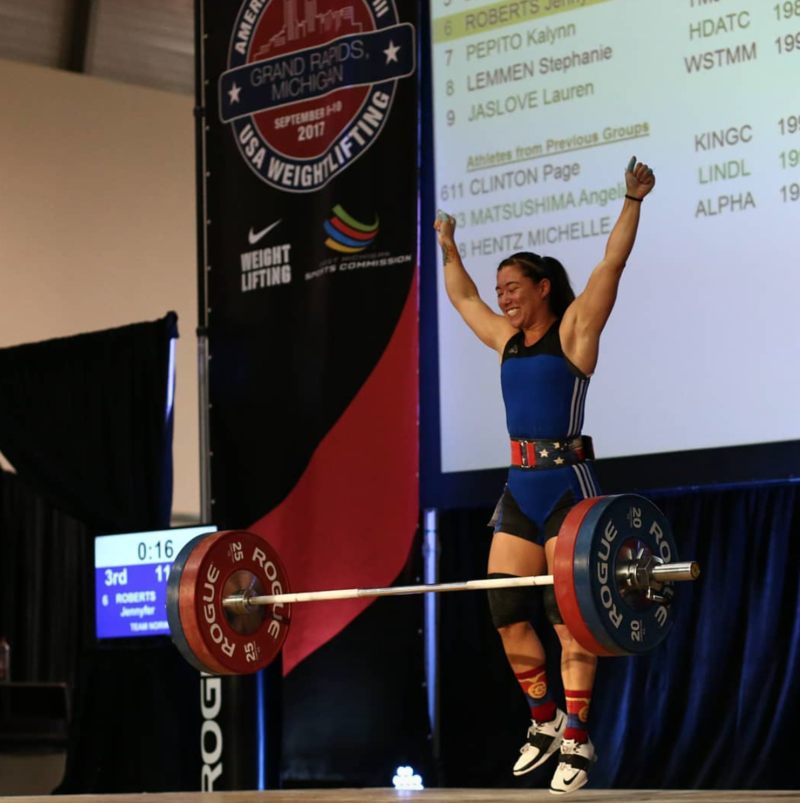 Morgan is a full-time weightlifter and an owner of Liberty Barbell Club in the heart of Center City, Philadelphia. She has been working with us patiently since 2016 and we are privileged to have her as our athlete! 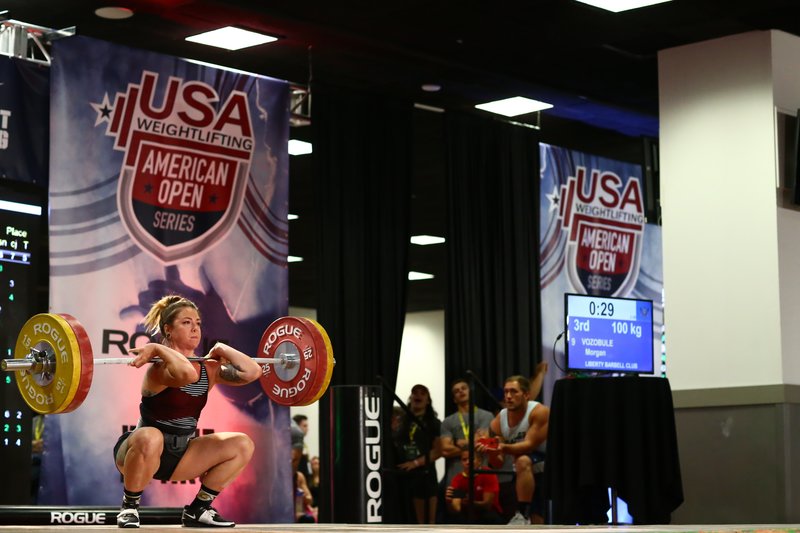 Ciarra has one of the coolest stories where she just woke up one day and uprooted herself to Hawaii. She is an international powerlifter who is also a veteran. She is known for her motivating caption game while helping others achieve their fitness potential. We are very fortunate to have her representing UL! 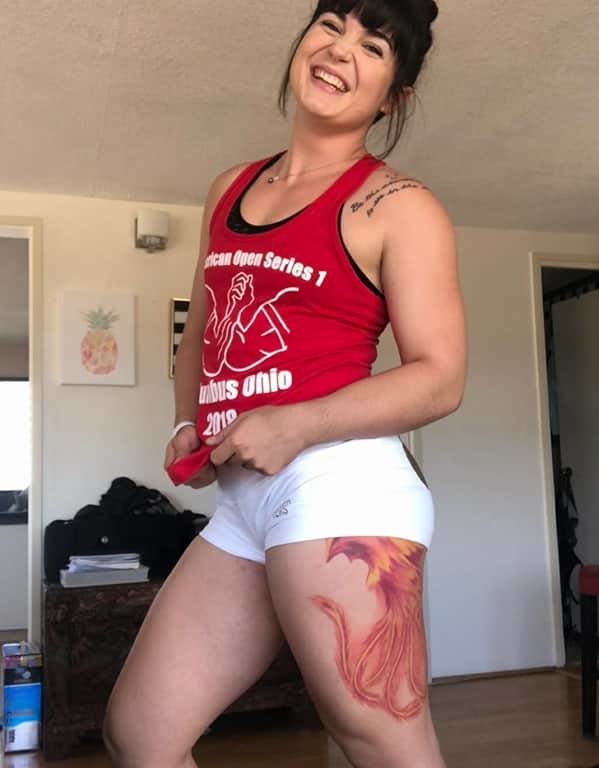 RAYMUNDO IS AN AIR FORCE VETERAN WHO IS CURRENTLY A 62KG MASTERS WEIGHTLIFTER. HE WAS A SILVER MEDALIST IN MASTERS 69KG AT AO 1 AND WON THE MASTERS AT AO2. WE REACHED OUT TO MUNDO TO HELP US GROW OUR MASTERS COMMUNITY AND HE GLADLY STEPPED UP TO THE PLATE. WE ARE VERY EXCITED TO WORK WITH HIM! 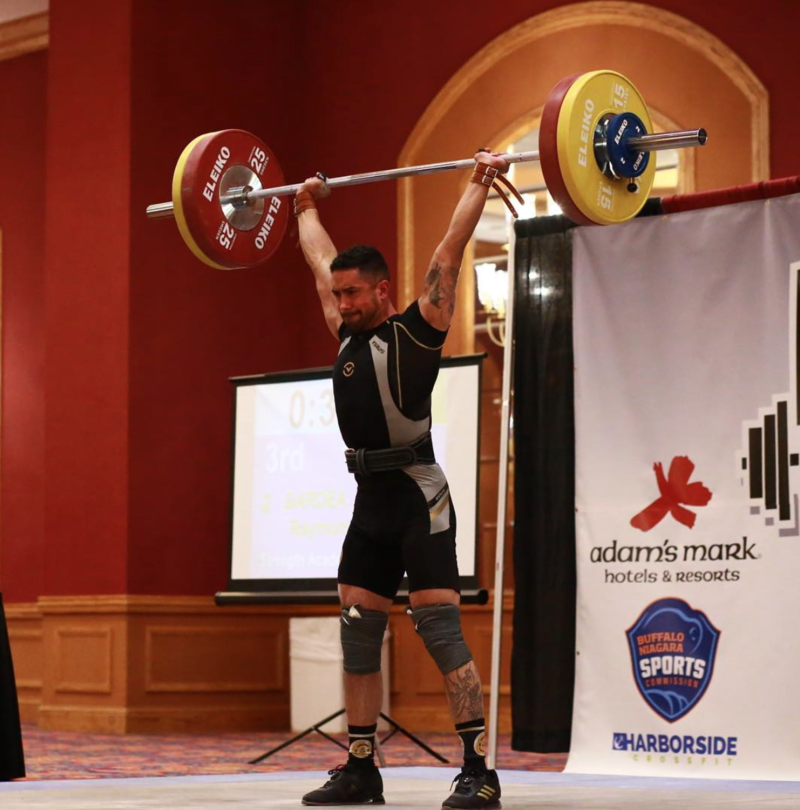 CLAIRE HAS BEEN OUR LOYAL FAM SINCE 2016. WE FOUND HER VIA A FRIEND WHO TOOK A PICTURE OF SOMEONE ROCKING OUR FIRST TANK TOP DESIGN! HER HARD WORK AND DEDICATION IS AWESOME AND WE ARE LUCKY TO HAVE HER AS OUR UL LEGEND!! 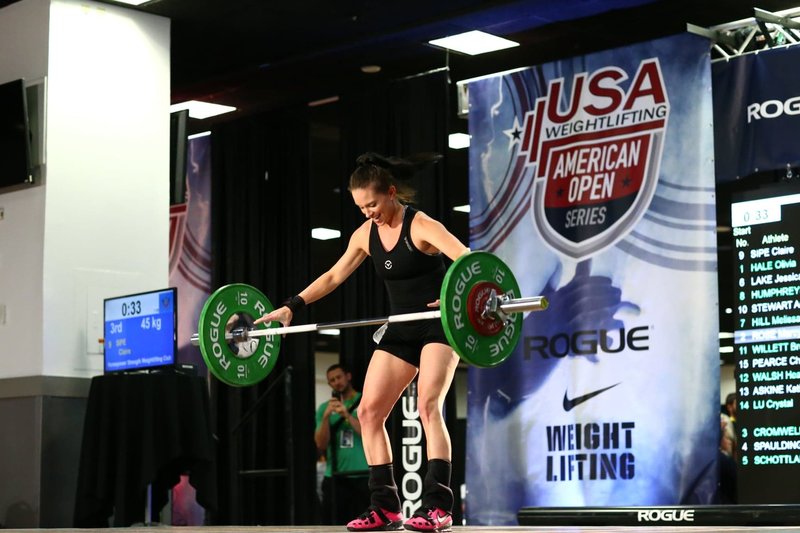 Donovan is one of the most respected weightlifter in the country. His perseverance and determination puts him apart from many lifters out there. We are very excited to work with him! 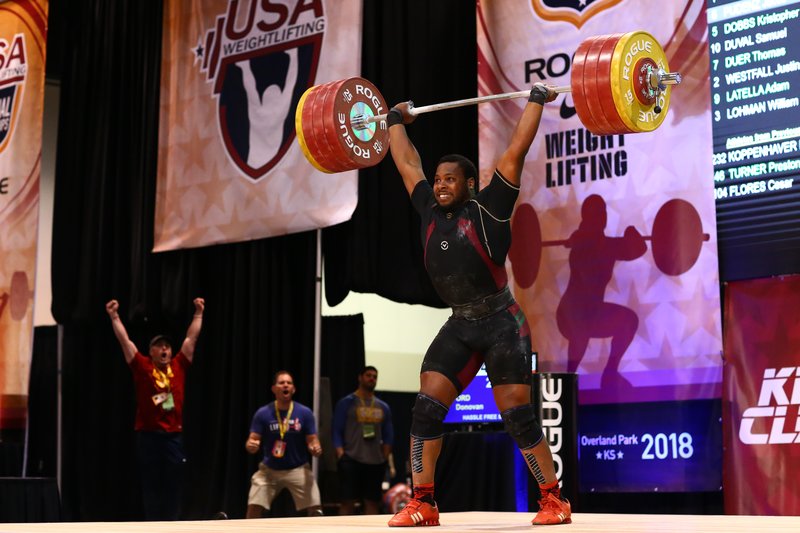 Toni has a passion for fitness beyond weightlifting. She loves setting goals and for herself body image wise and also strength! She also is a personal trainer who loves music festivals. 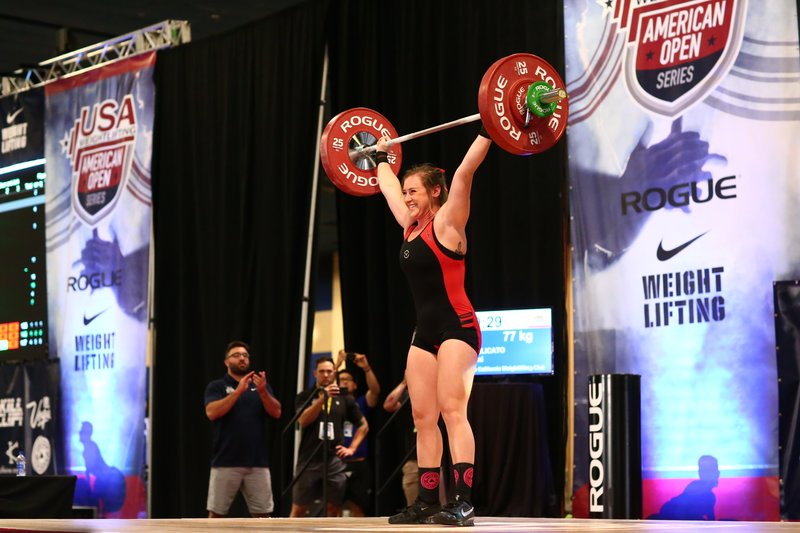 Lena is a former gymnast / diver who's super excited to have found the sport of weightlifting. You might find her doing handstands or shuffling in her spare time 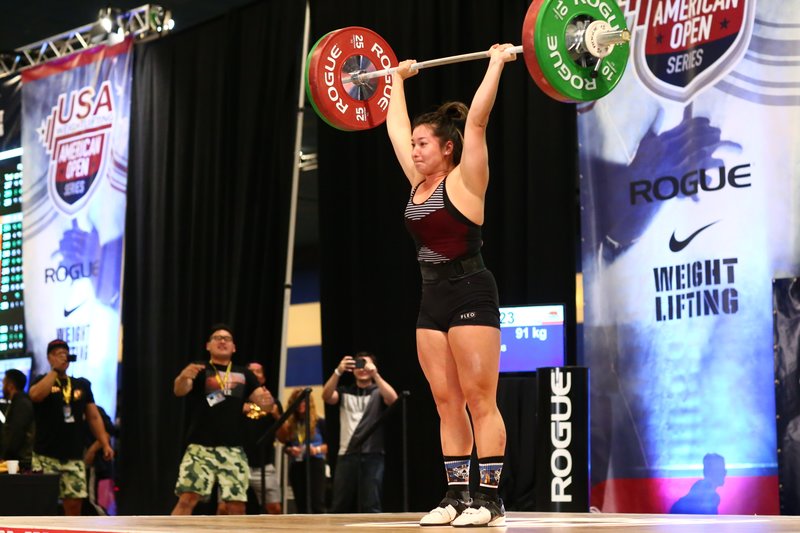 Brian is an amazing lifter pursuing his Doctorate! He enjoys weightlifting and is quite good at it. We are very honored to have him as our fam.

He represented us at: 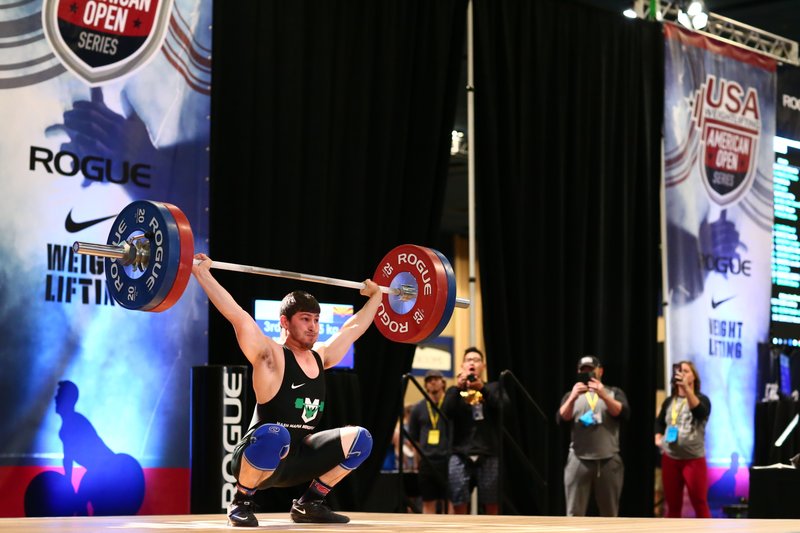 Jay is an airline pilot who love functional fitness. With his main occupation, he not only gets to train at home but also pursue his fitness endeavors around the country and overseas representing UL everywhere!!! He helps us out at every even he gets to. You will always see him running around in the back during national events!!! 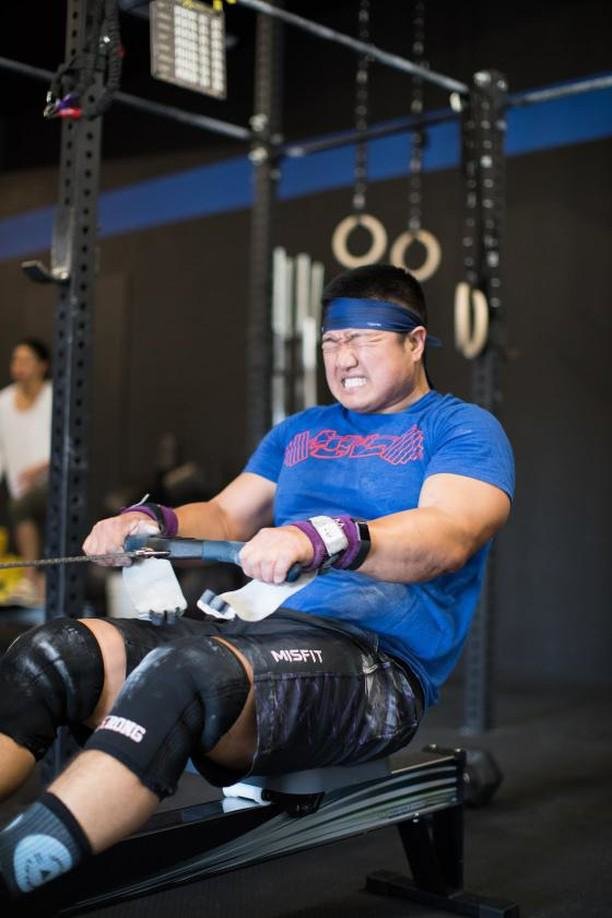 Keo is a football player / gym owner who lifts heavy for being so skinny. This high energy strong dude from Hawaii was an amazing attribute to our team.

Rachel is a competitive athlete aspiring to make the games in the next few years! She is a full time coach at Harbor Park in Wisconsin. She also specialize in gymnastic movements and was a gymnast for 12 years! She has been training and coaching and enjoys hanging out with her fan and doing outdoor activities.

Kelsey Horton is a mama, nurse, powerlifter, and first time bodybuilder preparing for a show. As a lover of iron, she finds joy and peace learning and executing many different barbell movements. Her mission is to get a barbell into as many hands as possible!

Paige is a swimmer who loves outdoor activities. She is an enthusiastic athlete and we are looking forward to working with her! Paige took 3rd place at the 2018 Games (girls 14-15). Took 3rd at Wodapalooza 2019 (14-15) She is headed back to the games this year!